Arch Swank, one of the most accomplished modern architects in the 1950s, designed this architecturally significant modern home in 1957 in Highland North neighborhood located west of Midway Road. The architect...  See More on 10306 Crittendon Drive, Dallas, Texas, 75229 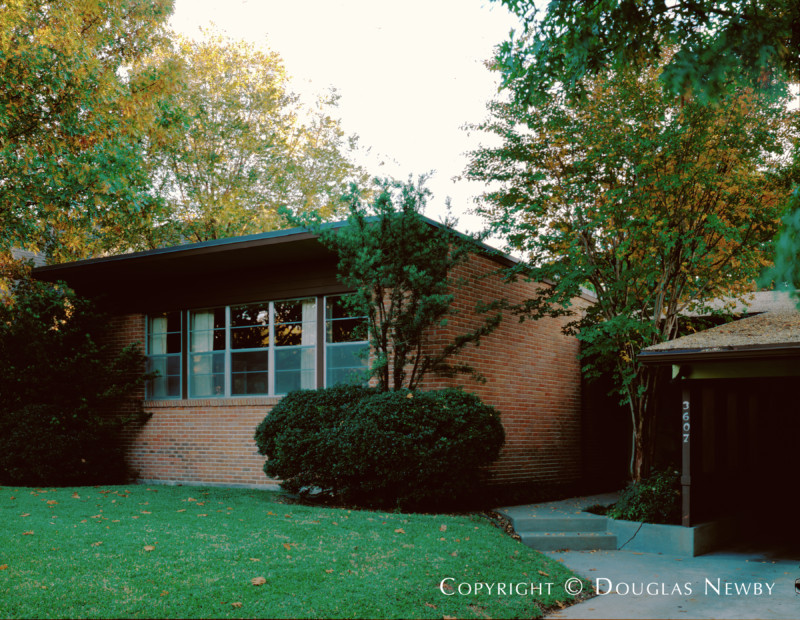 Arch Swank in the 1950's did three adjacent homes on top of the hill of Shook. The timeless design of these three homes has held up well into the 21st...  See More on Arch Swank Homes on Shook, Dallas, Texas

Thoughts on the Contributions of Architect Arch B. Swank

Arch Swank was born June 2, 1913, in Wills Point, Texas, and received his architecture degree from Texas A&M in 1936. Janet Kendell formally introduced Arch Swank to O'Neil Ford after she met Arch on a ship carrying them back from Europe. Swank and Ford worked years together and collaborated on many projects. One of their first collaborations was in the Canary Islands on the house for Sid Richardson, much of which they designed on the site. Scraps of wood found on the beach would end up serving as a medium for their drawings and details. He was married to Patsy Swank one of Dallas' leading journalists covering art and architecture. The groomsmen at their wedding included Ralph Bryan, O'Neil Ford, David Williams and Todd Dale. This group also formed the Atomic Egg and Dart Club in which 25 people from all over the country, including Buckminster Fuller, would attend a 3-day, 24-hour around-the-clock party. Howard Meyer was very respected and a friend of this group, but not a pal, as he had a very different and more serious personality.