French Eclectic homes designed primarily between 1915 and 1945 had steeply pitched roofs and flared eaves and the homes had some decorative half timbering, but not excessively used as in the Tudor homes. Often they had a tower with a conical roof. They varied widely in styles derived from different parts of France but they lacked the classical direction of the French eclectic homes built in the second half of the twentieth century. 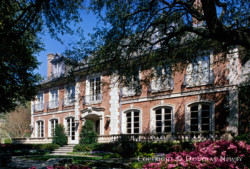 Often we not only lose good houses to new construction, but we lose a beautiful site as a lot is scraped and flattened to accommodate the new house. This French...  See More 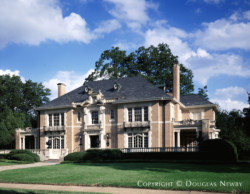 Many consider the Aldredge House, a French Eclectic style home with Renaissance detailing, the high mark of eclectic architecture by Hal Thomson. The home is owned by the Dallas County...  See More