The Jerry Bywaters Studio faithfully conveyed the early Texas homes that David Williams and O'Neil Ford so faithfully sketched as an inspiration for the Texas modern architecture. This Texas landmark remained intact and unaltered for 75 years before it was town down to make room for a new home.

Most architectural historians, preservationists and patrons of the arts did not consider this home to be in jeopardy as it was a secondary structure to the main building site and could be easily moved to another position on the existing site or reconstructed at Old City Park to give this museum park the best example of early regional architecture in the state. These photographs show the simple structure with a front porch. The inside had hand carved newel posts and a railing system used repeatedly by O'Neil Ford and David Williams on their staircases and exterior balconies. Scalloped beams and woodwork, along with exposed brick walls are also repeated in future homes of O'Neil Ford and David Williams. 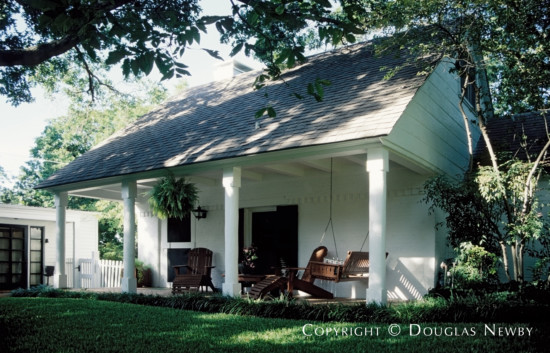