Architect Thomas Kligerman of Ike Kligerman Barkley is a nationally recognized architect for a reason. His background and training are conducive and consistent with the great success he has had contributing to the arc of architecture. Connecticut, New Mexico, France and England are all part of his early life. Columbia University and his master’s degree from the Yale School of Architecture launched his early architecture career with Robert A.M. Stern Architects. Thomas A. Kligerman has offices in New York and San Francisco, but he is best known for his work on the Atlantic seaboard. One can recognize from his light and fluid architectural design the regional influence that comes from the seaboard architecture and life close to the water.

For Volk Estates, on an estate lot, Thomas Kligerman has designed a magnificent home with the influence of the Shingle style and a fresh interpretation of 1920s eclectic architecture. 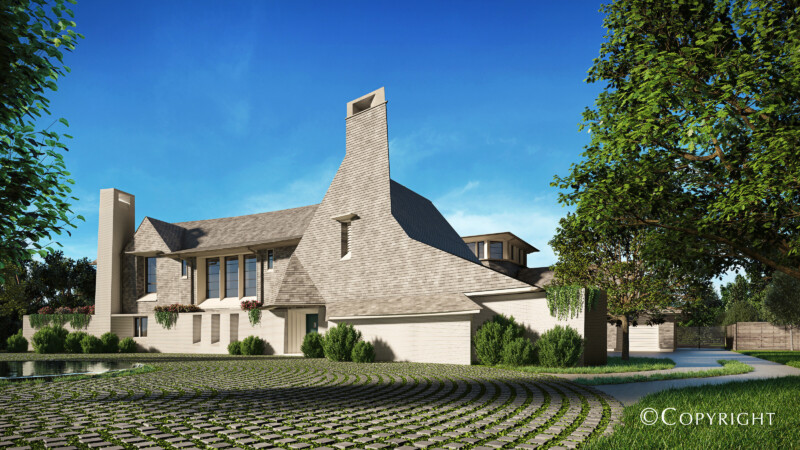