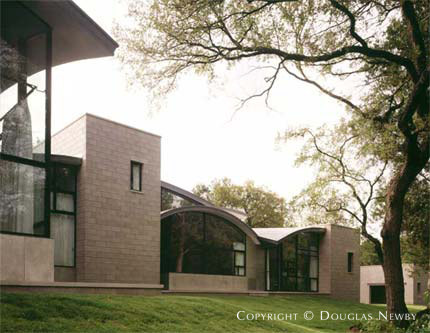 Thoughts on the Contributions of Architect Steven Holl

Steven Holl is one of the most exciting architects in the country. A modernist who founded his New York firm in 1976, he has received international acclaim for his institutional, commercial and museum projects. Dallas is fortunate to have one of Steven Holl's most important residential projects. It can be found in Preston Hollow on Rockbrook. He named it the Stretto House because he is particularly influenced by Bartok's Music for Strings, Percussion, and Celeste. The owners of the Stretto House grew up in a Frank Lloyd Wright house and are very aware of the privilege and exposure of living in a piece of art. Deedie Rose encouraged this project. A tenured faculty member at Columbia University, Holl continues to influence other architects with his fresh approach to design