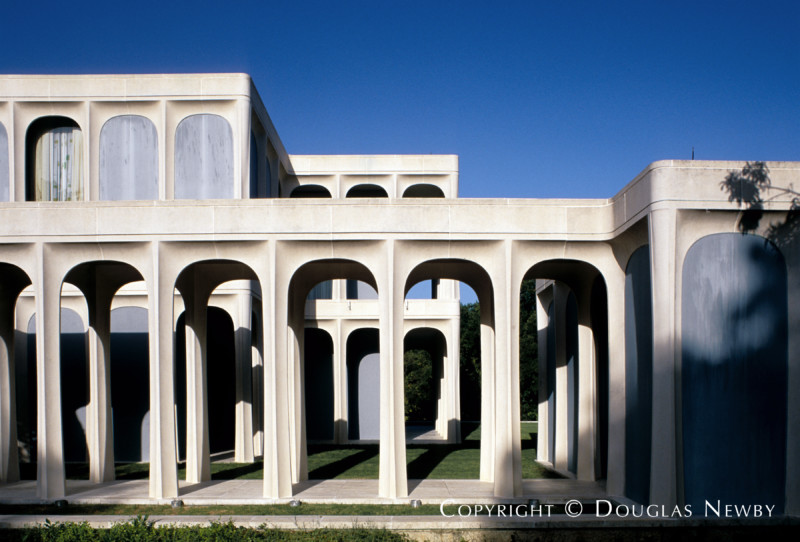 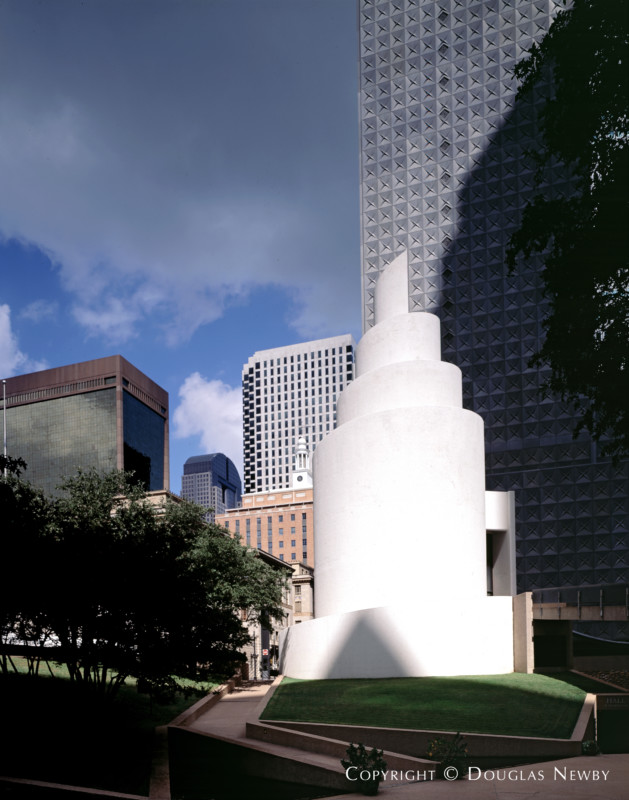 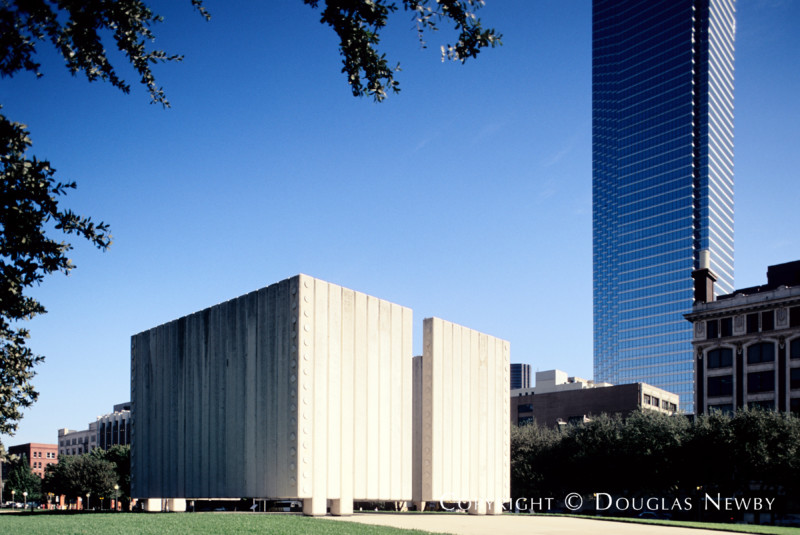 Thoughts on the Contributions of Architect Philip Johnson 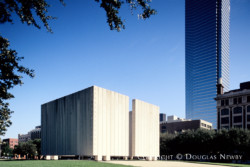 Philip Johnson has designed monumental buildings around the world, but Texas, and specifically Dallas, hold a special place for him. He first designed the de Menil House in Houston in 1950. In 1964, he designed the Beck house, known for its facade of slender concave arches wrapping around the home. Later, in Dallas, he designed the Kennedy Memorial in 1970; Thanksgiving Square in 1977; the Marshall Field's facades in Houston and Dallas in 1979, and Momentum Place, now Bank One, in 1987. He has designed the Cathedral of Hope, also in Dallas. 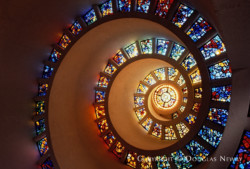 Architect Frank Welch, who is also the author of the best book written on Philip Johnson, mentioned in conversation, "Philip Johnson was a modernist stylistically, not ethically." Philip Johnson has easily moved from architectural movement to architectural movement. He has collaborated with Mies van der Rohe on the Seagram's Building in New York, and he designed the famous and delightful Glass House. He experimented with styles and forms, some formal, some whimsical, and some reflective of current culture. He liked the appearance of modernism more than the intent of modernism. While Walter Gropius offered an expression of culture, Johnson was a decorative and stylistic modernist. He often did neutral uneventful facades like the windowless museum at the Amon Carter. And even his decorative facades of the Strait Lane house became neutral from the obsessive repetition of arches that wrap the home. 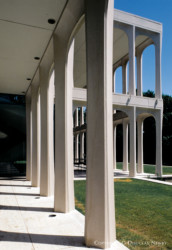 The triumph of creating slender concave arches that gracefully turn a corner is overshadowed by the 1960s monument quality of this home that reflects wealth and architectural indulgence. From a distance the home can look commercial and tedious but in near proximity Philip Johnson's resolution of the difficulty of turning a corner with repeating arches is stunningly beautiful.

Svend Fruit, the renovation architect for the Strait Lane house, explains that this was one of Philip Johnson’s most important homes, as it reflects the transition from his work in the 1950s drawing from Mies van der Rohe and his work in the 1960s, exploring historical modernism.