The Millermore House is the oldest remaining house in Dallas and best represents the collection of houses in Old City Park. It was originally built with a one-story porch by pioneer settler William B. Miller who received a 640 acre Texas land grant. When antebellum homes became fashionable, his daughter modified the house with its current two story columns. His son built the Miller shingle house on Cedar Springs in 1904. 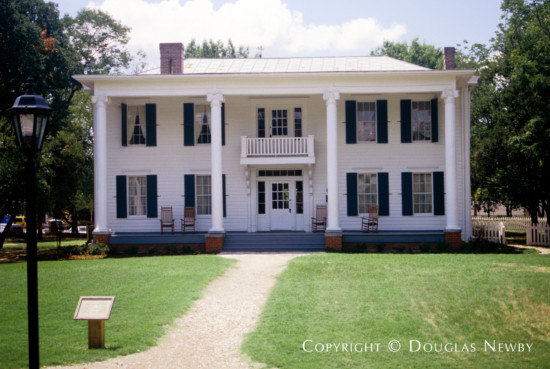