This modern home in the Highland Park neighborhood on Armstrong Parkway was built in 1997 and designed by architect Tom Workman. The home possesses a unique look that's been described as mushroom-like. It's rounded roof is constructed entirely of copper. The home has been the subject of some controversy because it's in a neighborhood of more traditionally designed homes, but the unusual look of the home adds a beauty and grace to the neighborhood rather than detracts from it. 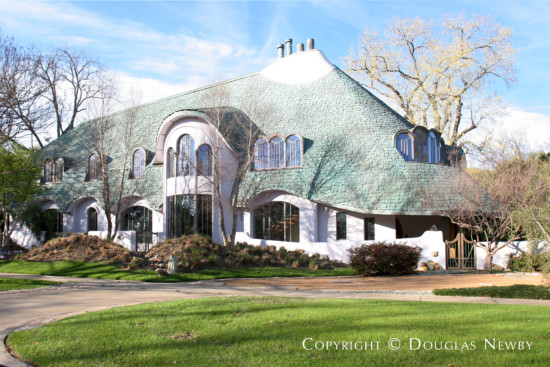 After retaining Douglas Newby, in a few hours, you will save 100 hours on unproductive searches.
CallEmail