Architect Scott Marek of Marek Architecture has a strong pedigree that is revealed in the good modern homes he designs. After receiving his Architecture Degree at Texas A&M, he worked on commercial and high-rise structures for Corgan Associates and Gromatzky Dupree and Associates. His greatest influence came when he worked as a lead designer for the revered Texas modernist Frank Welch.

Scott Marek, AIA, has designed several modern homes in Urban Reserve, an enclave of modern architecturally significant homes designed by talented architects. My favorite home he designed is at 60 Vanguard Way, where the views in several directions invoke nature more than urban. 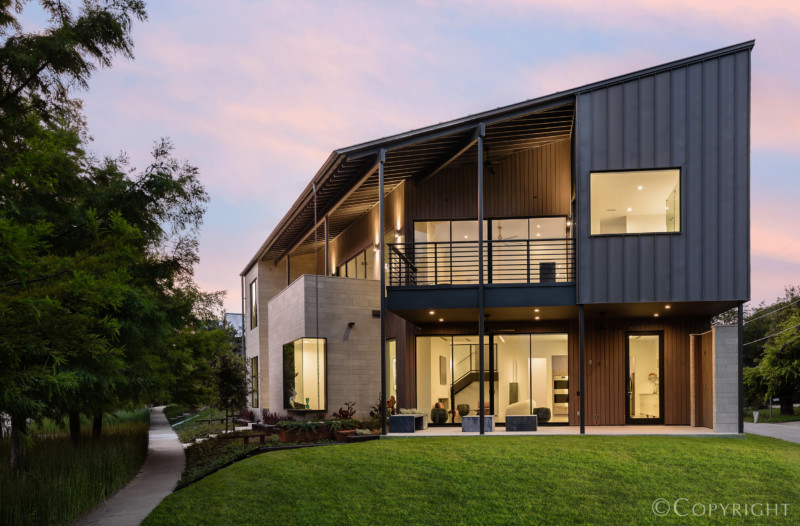