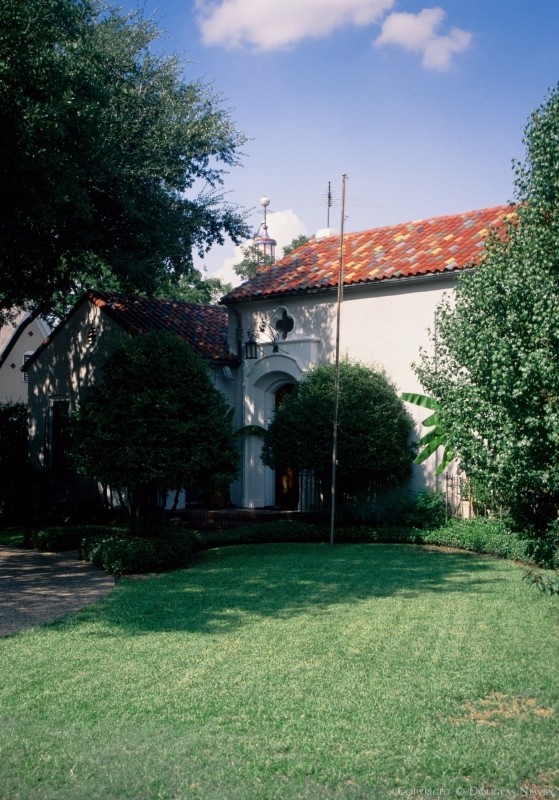 In 1926, architect David Williams, the father of Texas Modernism, designed a house at 700 Paulus for his youngest brother and physician, Raworth Williams. While this residence incorporates Spanish idioms...  See More on 700 North Paulus Avenue, Dallas, Texas 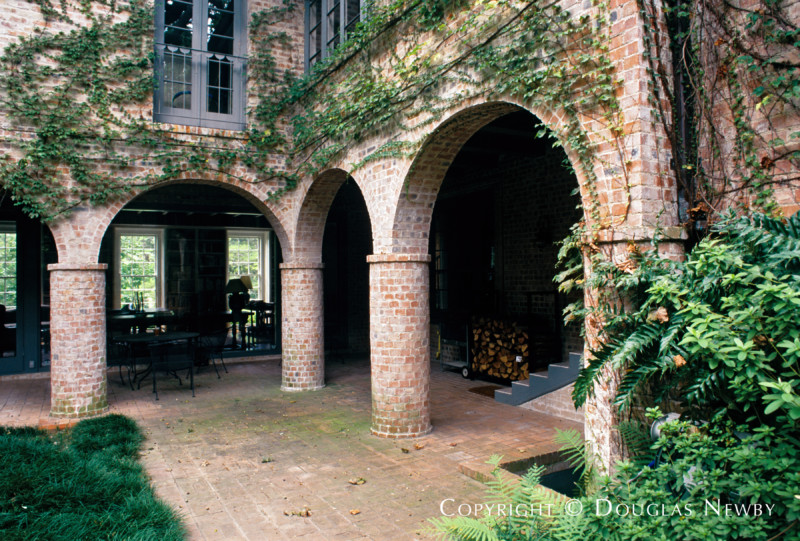 An East Texas/Louisiana influence is seen on the facade, but this home makes a further leap into Texas Modernism. The continuous beams from the living room to the arched verandas,...  See More on 4408 Saint Johns Drive, Highland Park, Texas 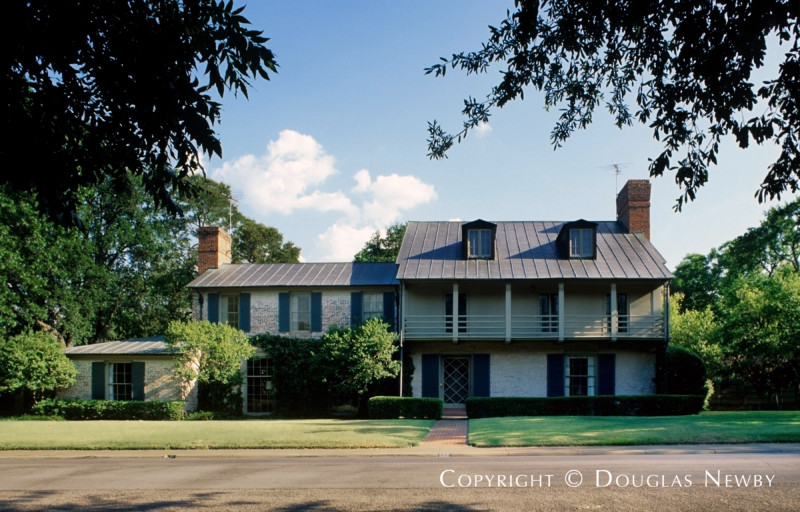 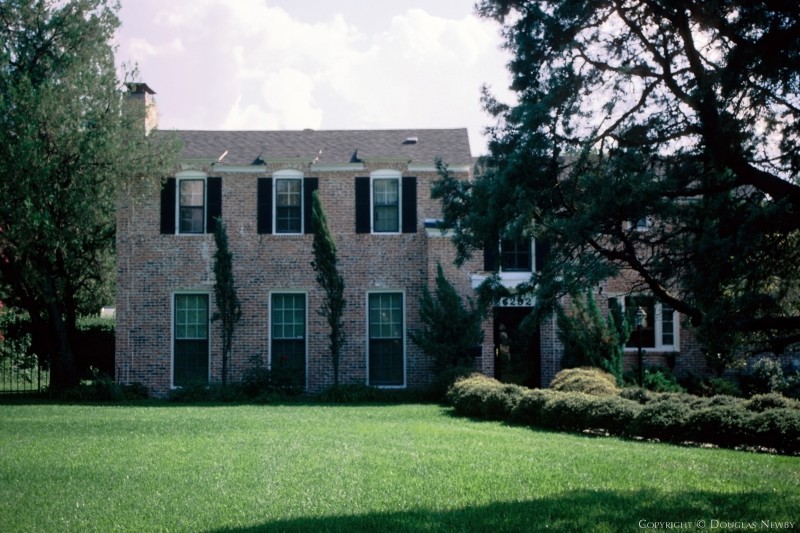 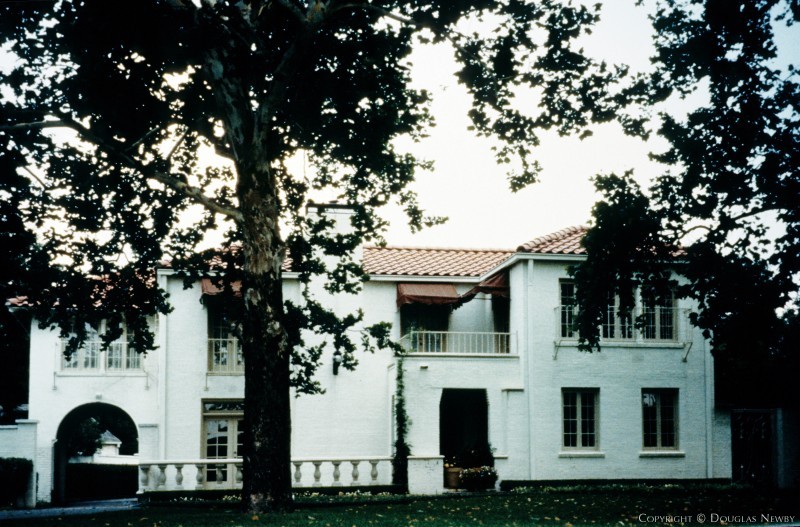 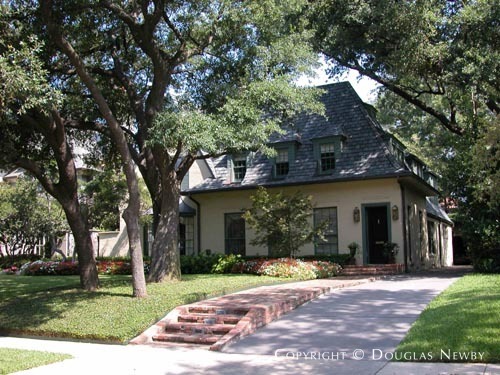 David Williams is Celebrated as the Godfather of Texas Modern Homes

David Williams is the Godfather of Texas Modern architecture. In the late 1920s, he traveled extensively in Europe admiring the modern masters. When he came back to Dallas, he desired to do for Texas what Frank Lloyd Wright did for the Midwest when he incorporated Modernism in his Prairie style homes. David Williams' inspiration was the handcrafted pioneer homes indigenous to Texas. He himself was born in a sod home, so he understood the rugged individualism of Texas. He and his protege, O'Neil Ford, would go on trips to sketch early Hill Country and pioneer houses. David Williams also did a lot of work in Mexico as the oil business developed there, setting up base camps and fulfilling other architectural needs. This is where his interest in Spanish Colonial architecture originated. You can see this influence on the Spanish Mediterranean home he designed in 1924 at 5929 St. Andrews and on the Loma Linda walls and gates that he also designed in 1924 found at Mockingbird Lane and Armstrong Parkway and Preston Road at Windsor Parkway. He continued to include this style for the more regional home he designed in 1926 for his brother at 700 Paulus. Artisans and architects, all were drawn to David Williams and his modest but vibrant office. "He was passionate about his work and would keep everyone in his office until 11 o'clock, take them all out for drinks afterward and then get thrown in jail for not having the money to pay for it all," recalls Patsy Swank. After he designed the home at 3805 McFarlin in 1933, he went to work for the Roosevelt administration developing planned communities and coordinating public works projects. 4408 St. Johns Drive was designed three years earlier in 1930. While it does not define the Texas Modern style as clearly as the home on McFarlin, you can see David Williams' architectural evolution closer to Texas indigenous architecture in this home he called his best work. The continuous beamed ceilings, the covered porch, supported by round brick columns and a standing seam copper roof are consistent with regional architecture.

David Williams was more than an architect. He was an adventurer in both his life and his design. He was an illustrator, photographer, and historian committed to preserving a record of early Texas homes as well as an engineer and community planner striving to reclaim areas and create hospitable environments. As a young man, Williams made a small fortune in Mexico and spent it on a two and one half year trip to Europe where he sketched, visited museums and studied art and interior architecture in Paris, London and Rome. While studying abroad, he observed the traditional designs of Europe, and noted that the artisans and architects always used materials accessible and indigenous to their area. Upon his return to the United States, Williams saw something similar happening in the emerging Prairie Style with its emphasis on the integration of the landscape with native materials. Just as the Prairie Style was an American innovation, Williams became intent on developing a distinct style personifying Texas. The functional and aesthetic needs of Texas would be satisfied using indigenous materials and traditions.

David Williams not only was successful at developing this indigenous expression, but was a leader who inspired others to refine and expand it. The vitality that went into his architecture and the people around him was best described by O'Neil Ford, "Dave had a gift for getting diverse people to work together, talk, drink and play monstrous practical jokes and express with him a kind of wild joyousness in life." Episodic recollections are still alive.

Once the entire firm spent virtually 24 hours a day, seven days a week, finishing a particularly arduous project and as a reward, David Williams took everyone out for drinks only to finish the night in jail because he didn't have enough money in his pocket to pay the substantial tab. He was also capable of a more civilized evening when he hosted a dinner for Frank Lloyd Wright at his home or exchanged ideas with Buckminister Fuller and the rest of the notorious and iconoclastic Egg and Dart Club at the national AIA convention. David Williams was born in a dugout, learned how to tell stories around cattle drive campfires, was an alumnus of the International Correspondence School in Scranton, Pennsylvania, and traveled extensively in Europe. With Lone Star roots, a colorful background, and a visionary persistence, who better than David Williams to be considered the father of Texas Modernism.

David Williams culminated his residential work with a home he built in 1932 for University Park Mayor, Elbert Williams, at 3805 McFarlin. It has 11 foot ceilings, double hung windows on the first floor and doors on the second floor opening to the balcony. The windows are placed to accentuate the cross ventilation of the breezes coming across the creek. Lynn Ford created many of the light fixtures and did much of the carving and woodwork, including the grooved railings and cared fireplace in the living room. The guest quarters over the garage is reminiscent of the studio designed for Jerry Bywaters on Watauga that was recently torn down. The standing seam metal roof and the home, designed almost as separate components attached to the main structure, are indicative of early Texas pioneer homes.