Even the professional drivers spin their wheels for hours on slight inclines of snow and ice. Buses got backed up, cars were doing two mile an hour donuts and spectators were falling down on the ice laughing. 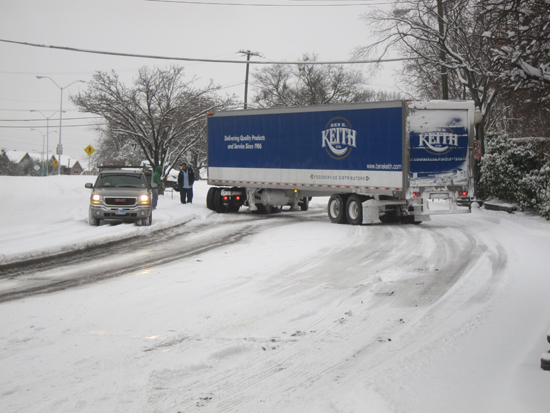 Occasionally it will snow in Dallas. Sometimes even a deep snow. This snow angel shows the sudden winter in Dallas. 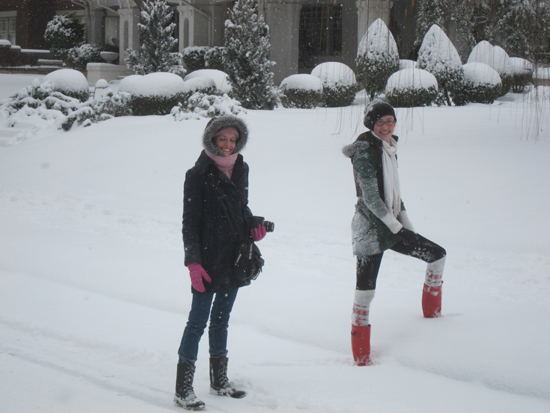 In a small room at the edge of Uptown, an architectural panel led by architect Gary Cunningham discussed architecture and sustainability. Notable architects in attendance included Ron Wommack, Bryce Wiggins and Cliff Welch. 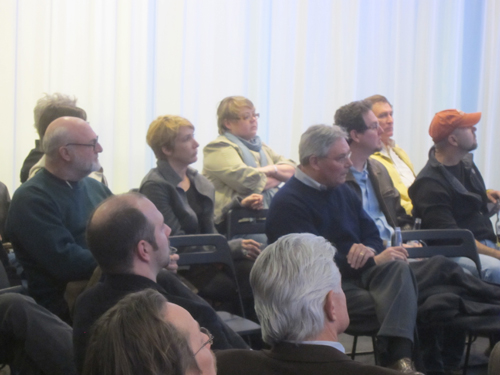 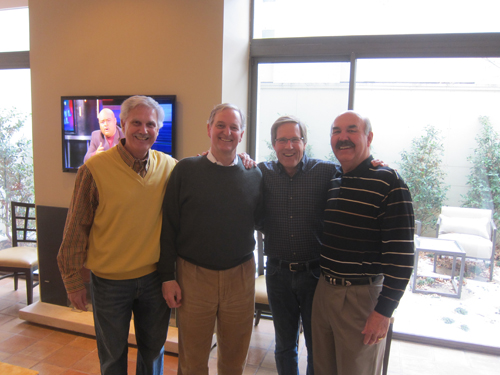 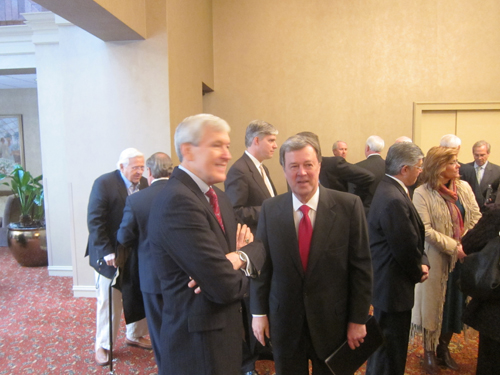 Mayor Tom Leppert, who has made a very positive impact on Dallas and the city's health, continues to show interest in the nation's economic health. Here, he is pictured with NCPA founder and economist Dr. John Goodman.

The humorous insights of former Senator Alan Simpson and the southern charm and insight of former White House Chief of Staff Erskine Bowles turned a very serious subject, their work as co-chairmen of the President's debt reduction committee, into an entertaining and enlightening discussion. 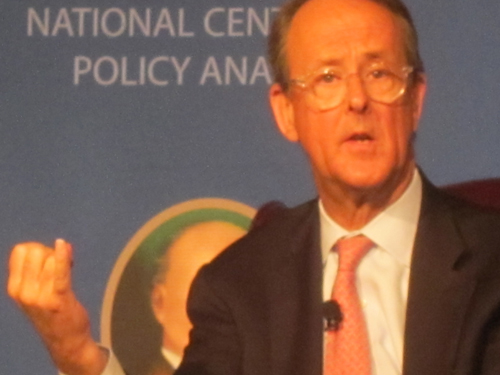 The Vaquero neighborhood in Westlake is the home of many of the nation's most successful athletes, business owners and young families. 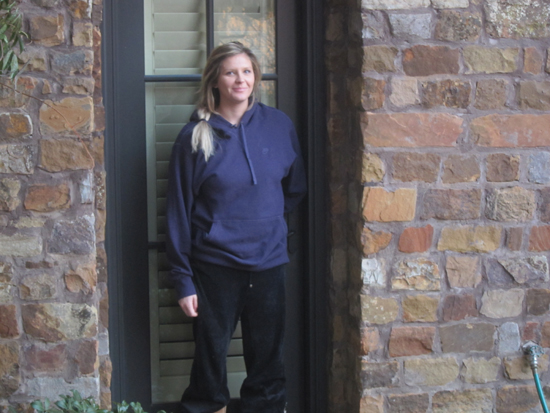 At the DeGolyer Library at Southern Methodist University, Eddie Robinson kept the audience laughing as he talked, told stories, incidents and episodes related in his book. 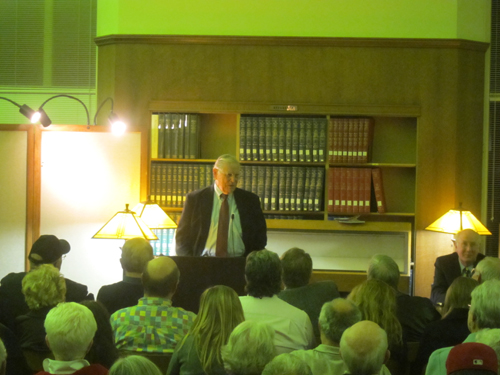 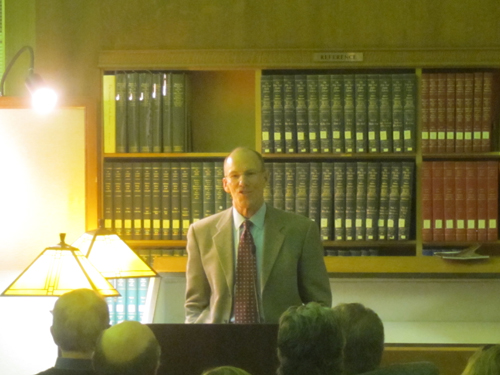 At SMU, Bobby Brown, who still holds the highest World Series batting average, and his longtime friend and Hall of Fame baseball player Eddie Robinson shared hilarious baseball stories and provided great insights into the past and future of baseball at the book signing for Eddie Robinson and Highland Park resident Paul Rogers. 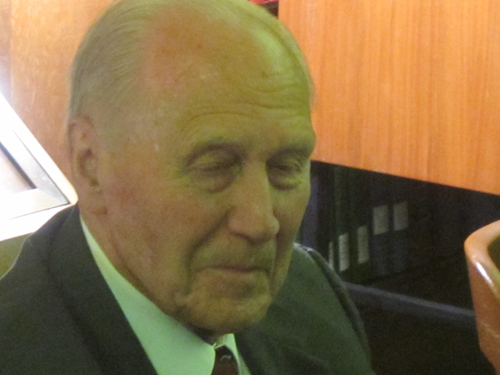 Attorney Paul Rogers at the DeGolyer Library gave a very interesting and amusing talk on the book he wrote My Lucky Life with Hall of Fame baseball player and baseball general manager Eddie Robinson. He must have written another book's worth of autographs and inscriptions after the talk. 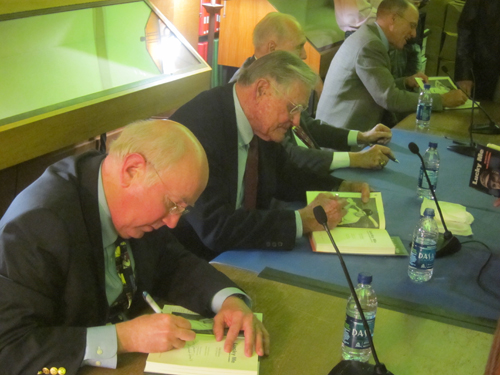 When snow falls on the Swiss Avenue Homes in the historic district, the neighborhood looks even more like the turn of the century homes in Oak Park, Hinsdale and other Chicago area suburbs that were influenced by Frank Lloyd Wright’s Prairie Style architectural design. 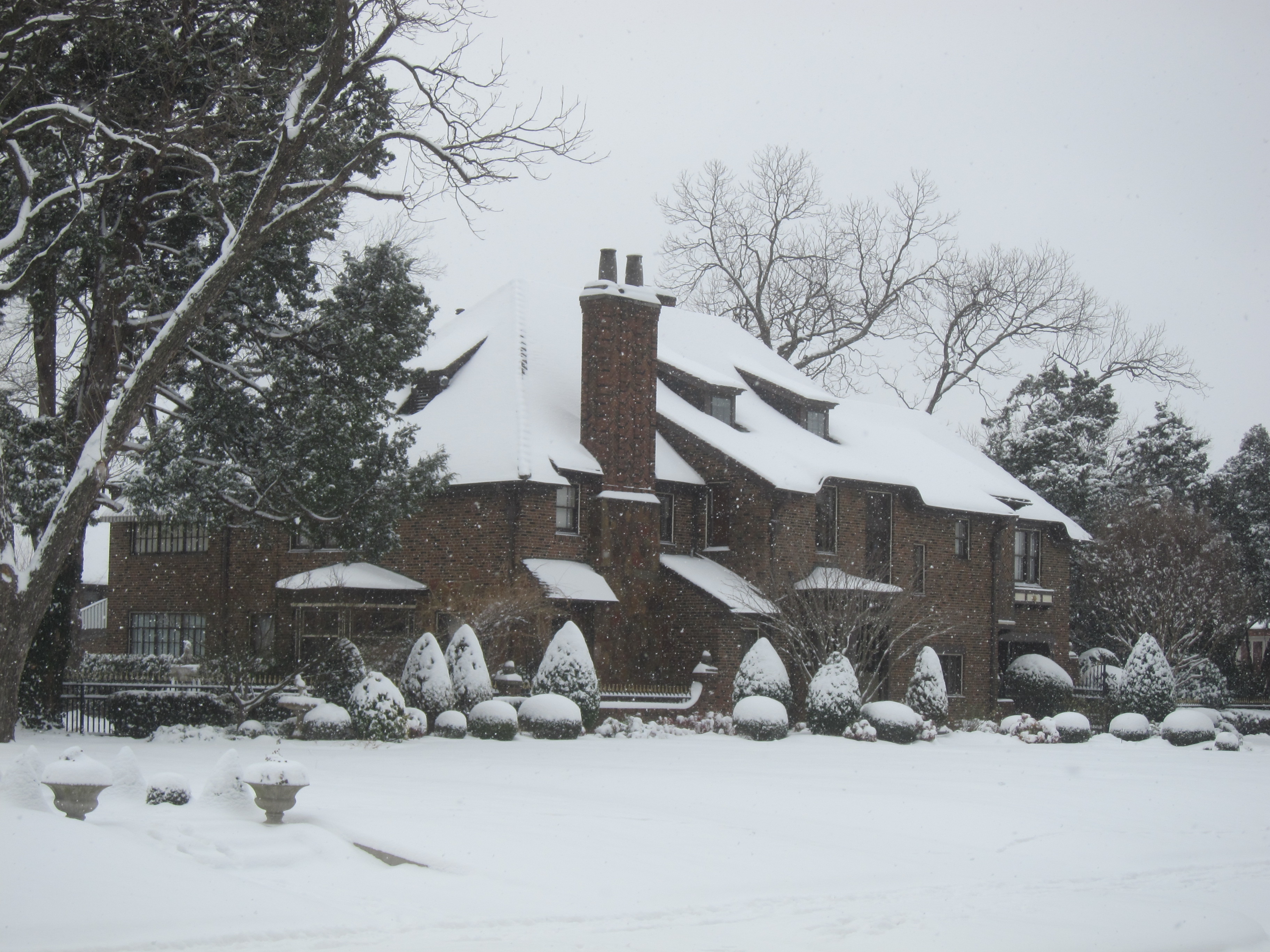 A great thing about East Dallas is that many families buy homes and stay in the same home for 40 years, like this family raising children, grandchildren and great grandchildren. Here are twin brothers with grandchild and grandniece. 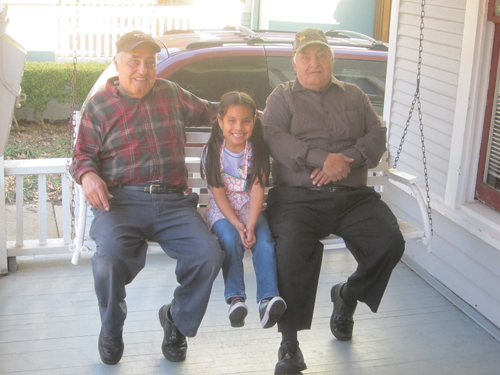 The Craighead-Green Gallery show of Lee Mascarenhas was filled with enthusiastic art patrons. The encaustic pieces sold out halfway through the opening, with many other art purchasers placing commissioned requests for new work by artist Lee Mascarenhas. Lee Mascarenhas, MD is both an anesthesiologist and a serious artist. His life has been filled with music and art. A Brazilian lineage and having architect designed residences in New Mexico, Dallas and New York provide a rich background and environment to draw from for his work. Lee Mascarenhas has been the recipient of prestigious art fellowships and workshops, furthering his definitive style and artistic expression.

The photographs show the large turnout for the show and the intense interest for this work. The multiple layers of wax and ink make striking paintings whether they are in subtle shades or bright colors, precise geometric patterns or organic shapes. We look forward to the next Lee Mascarenhas art opening.
Mascarenhas_Art_Opening_2011_6-550x413.jpg 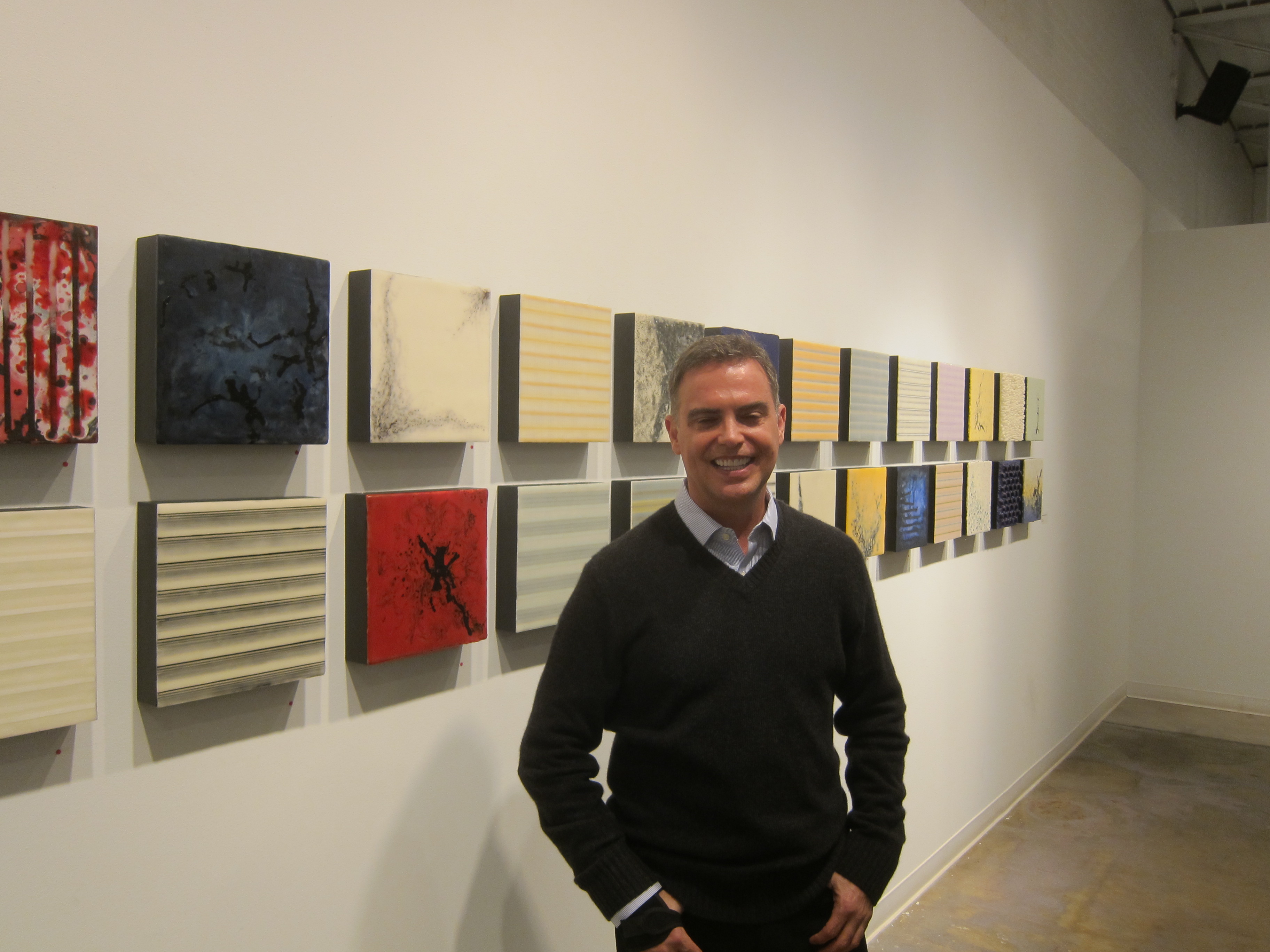 The Design District, on the edge of Oak Lawn, continues to attract good galleries, enthusiastic art buyers and many art patrons. Graighead-Green at 1011 Dragon Street continues to make a strong contribution to the art environment in Dallas, representing well known artists such as Pamela Nelson and successful emerging artists like Lee Mascarenhas. 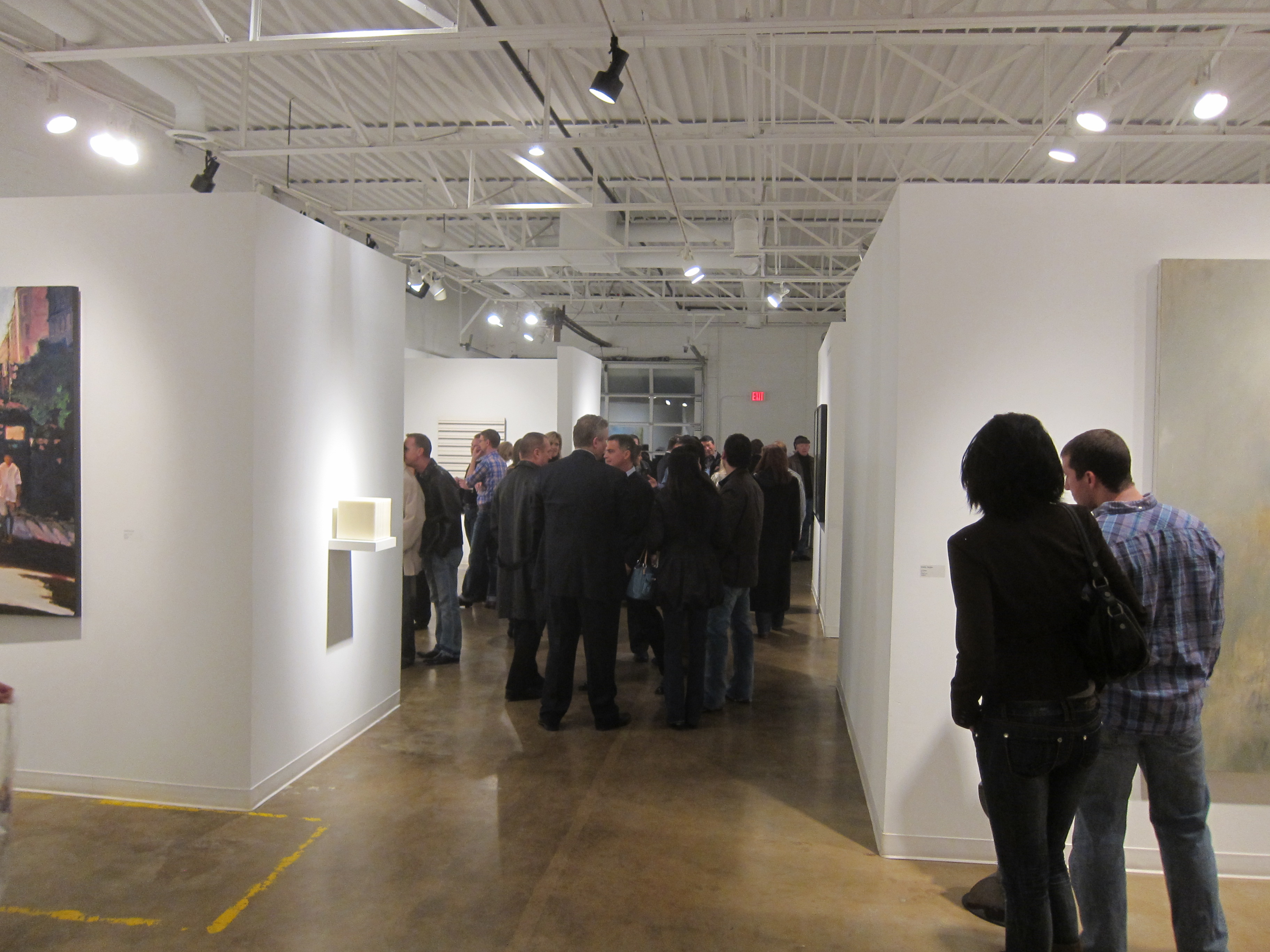 Jack Knox is to Highland Park what Rick is to Casablanca. His restaurant, Cafe Pacific, in Highland Park Village is more than a 30 year institution - it remains elegant and current. The food and service even pleases visiting Parisians and always pleases the Highland Park and Preston Hollow patrons who treat the restaurant as their second dining room. The small bar off the dining room is an elite destination of its own. Here Jack Knox is pictured in a rare instance where he is socializing with his guests. Jack Knox is an attorney, oil man, architecture aficionado, and a sartorially splendid eccentric. In other words, a great guy. 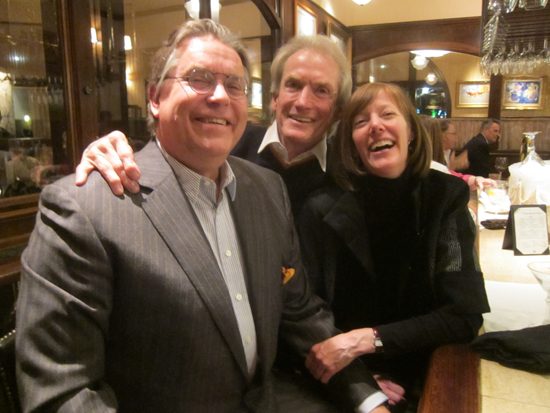 Olivier Meslay has reconfigured and reorganized the physical space of the European Art Galleries to give greater clarity and visual cohesion to the different periods of the rich collection of European art. Here Olivier Meslay is shown giving a presentation to Dallas Museum of Art patrons, explaining the new physical space. Editing the existing collection, including magnificent pieces that had been in storage and adding Gustave Caillebotte's vase of flowers and other recent acquisitions funded by Margaret McDermott, the collection is compelling and enjoyable. The European Art Galleries now invoke a sense of the Courtauld. 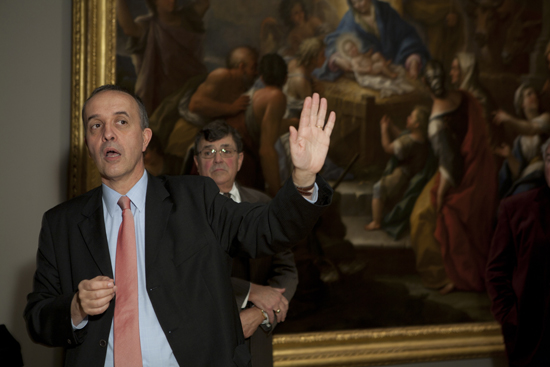 Leigh Ann Williams of 24 FPS is an artist's artist. If a sophisticated art patron has acquired a rare piece of art or has just purchased a contemporary piece by a sought after artist, Leigh Ann at 24 FPS is who they inevitably bring the piece to. If an artist has an important show, the artist will bring their best picture to Leigh Ann to frame. In other words, the great works of art in Dallas often pass through the hands of Leigh Ann Williams at 24 FPS in the Fair Park Deep Ellum District at 501 Second Avenue. 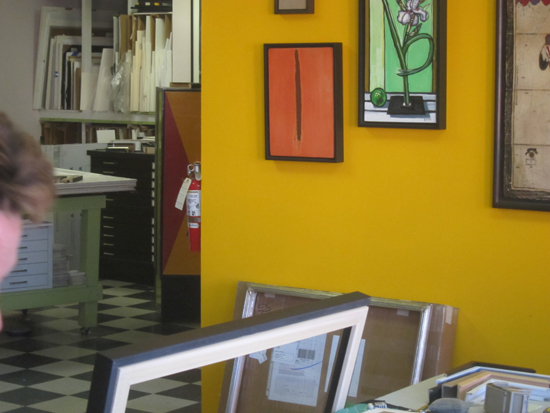 Every great city needs a special occasion restaurant that combines fabulous food, presentation, service and setting. The French Room at The Adolphus in downtown Dallas is that restaurant in Dallas. Architect Ed Beran restored the historic Adolphus Hotel and French Room several years ago. It exudes luster and architectural splendor. The French Room has been the home of several great chefs, including chef Kevin Garvin who is now Vice President of Food Service and Executive Chef at The Neiman Marcus Group, Inc.

Maitre d' Jim Donahue has for years groomed the staff, welcomed his patrons, and is always correct with his recommendation. 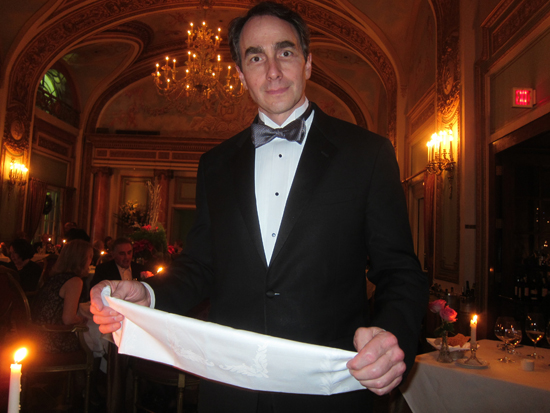 Mrs. Eugene McDermott loves many things and this certainly includes flowers and gardens. Surrounded by leaders and friends of the institutions in Dallas she loves, Margaret McDermott is presented with a picture of a rose which has just been named the Margaret McDermott Rose. 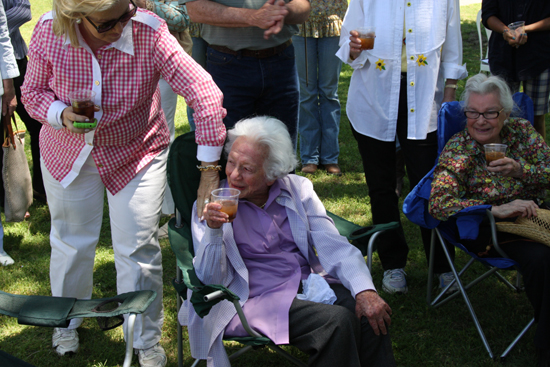 Dr. Daniel Podolsky, the President of University of Texas Southwestern Medical Center, came from his home in Preston Hollow to Allen to enjoy the wildflowers. Here he compliments his predecessor, Dr. Kern Wildenthal, and Margaret McDermott for their great achievements helping build UT Southwestern into the enviable and important institution it has become. 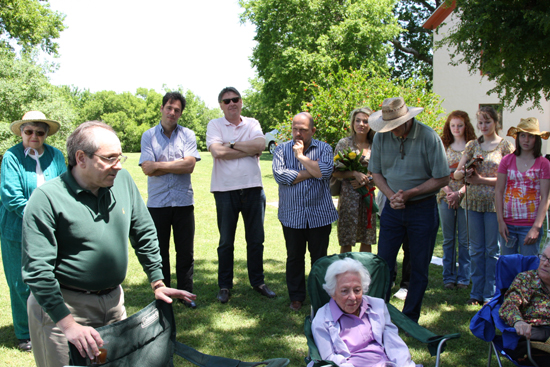 Dr. Kern Wildenthal's leadership made University of Texas Southwestern Medical Center the academic and economic highlight of Dallas during the city's rough patch in the early 1990s and continues today during good economic times.  Kern Wildenthal also chaired the selection committee that brought Bill Lively to the Dallas Center for the Performing Arts and has spearheaded and has been involved in many of Dallas' great cultural achievements. 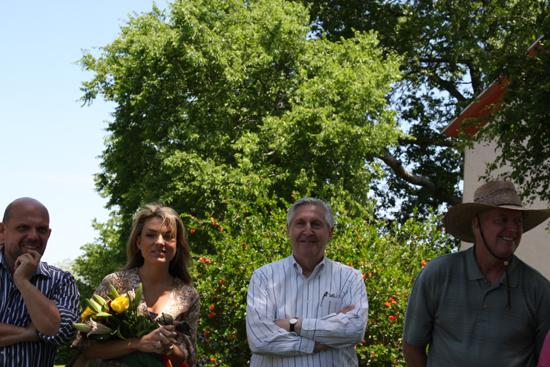 Dr. Kern Wildenthal Is Known for Building Up UT Southwestern, But He Has Done so Much More

Dr. Kern Wildenthal Is Known for Building Up UT Southwestern, But He Has Done so Much More

Wildflowers are prevalent and loved in Texas. Lady Bird Johnson helped line our Texas highways with Texas wildflowers. We see them at White Rock Lake and here at the country house of Highland Park homeowners. Texas wildflowers surround Jeremy and Wendy Strick, the Nasher Sculpture Center Director and his wife, as they walk the paths of the Allen countryside. 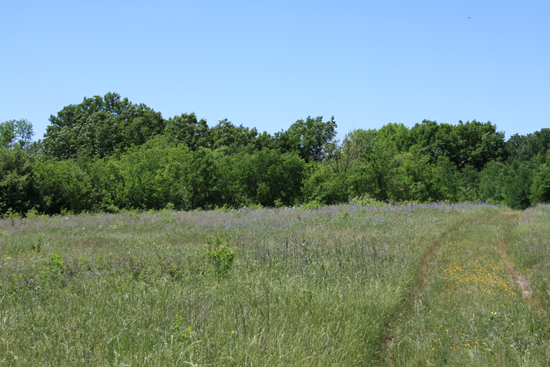 Philanthropist and civic leader Ruth Altshuler was called the most important and elegant woman in Dallas by a phenomenal businessman, the late Tom Hunt. A Mayflower Estates homeowner, Ruth Altshuler is the former Chair of the Southern Methodist University Board of Trustees and is the current Vice Chairman of the Board of Trustees of Southwestern Medical Foundation. She also has made considerable leadership contributions to dozens of other Dallas organizations. Ruth Altshuler was raised on Swiss Avenue and attended Woodrow Wilson High School as did many important Dallas residents. 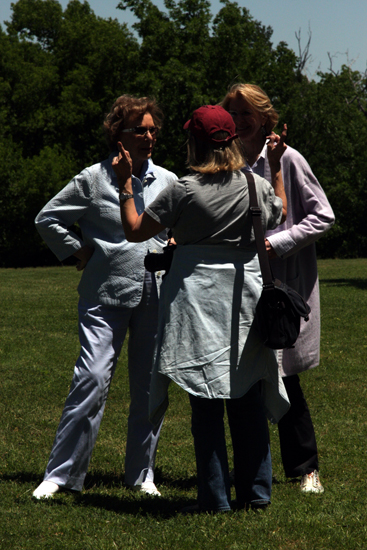 Director of the Nasher Sculpture Center, Jeremy Strick, discussed his affection for Dallas and his plans for the Nasher at a recent garden party. Since Jeremy Strick arrived, the Nasher has become increasingly vibrant with exhibitions of living artists, a spectacular lecture series, and exceedingly friendly staff and volunteers. 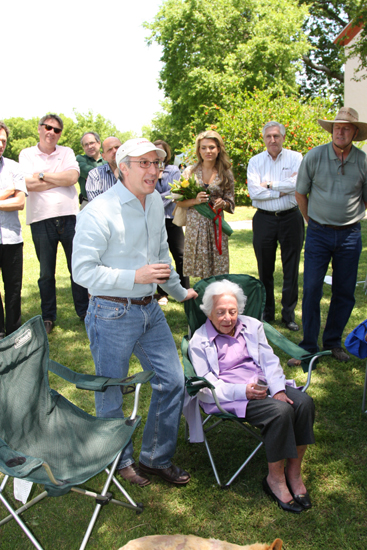 Jeremy Strick, Director of the Nasher Sculpture Center, Reviews His Plans for Nasher at Garden Party

Jeremy Strick, Director of the Nasher Sculpture Center, Reviews His Plans for Nasher at Garden Party