Harwell Hamilton Harris is one of the most important architects to have ever designed a home in Dallas. His work appears from the East to the West Coast, but he is most closely associated with the California mid-century modernist movement. He became Dean of the University of Texas, School of Architecture in Austin and relocated his practice to Dallas in the 1950s. The home he designed for Jean and Seymour Eisenberg was his finest and certainly his sentimental favorite. 9624 Rockbrook was designed in 1957. Hidden from the street, you enter the front door under a trellis and proceed into rooms of efficiently used space, but with materials light in volume that best represents a mid-century home. 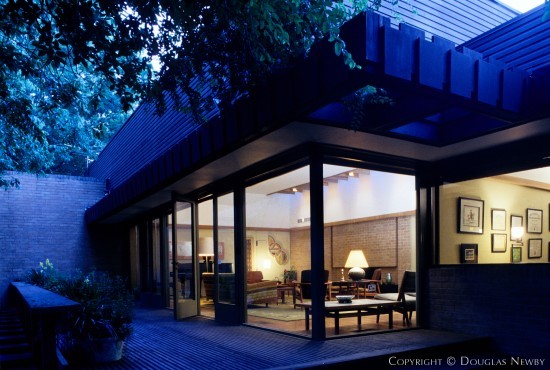